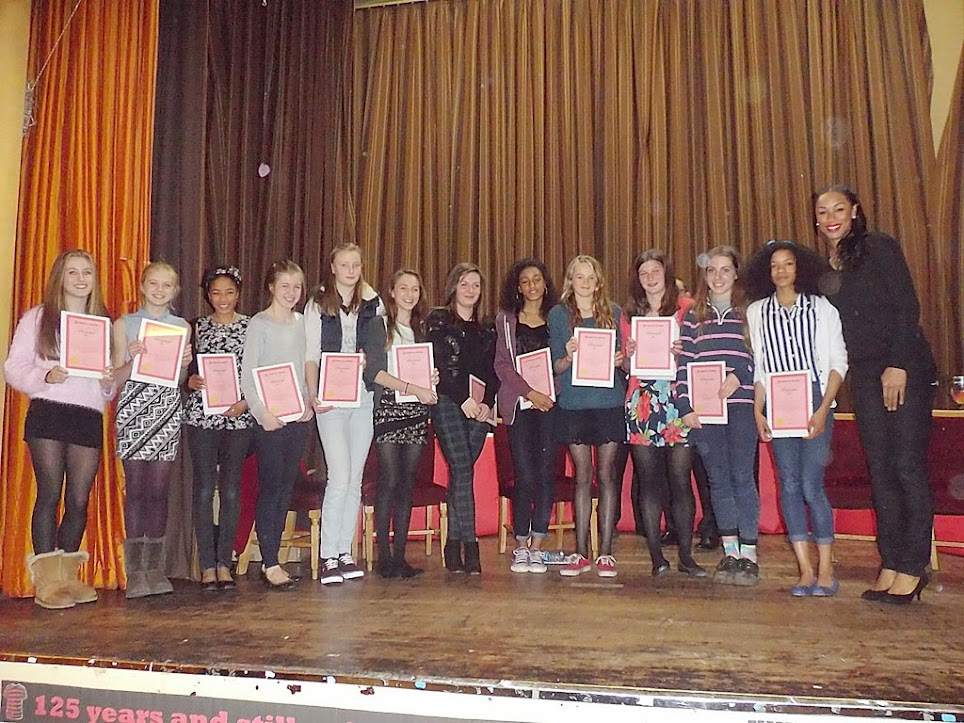 More than 130 gathered to celebrate an amazing year of success for the Club.  In this, our 125th year, it was fitting that the standard of the award winners across the age groups was outstanding.  Mark White performed the role of MC, and paid tribute to Mr Herne Hill Harriers, Stan Allen , which was greeted by resounding applause from all present.  There followed a question and answer session, during which our most celebrated athlete, Jade Johnson, tackled some challenging questions from the audience.  Jade spoke of her passion for athletics from the age of 8, when she told her mum she would want, one day, to compete in the Olympics.  Living in Liverpool at the time, Jade was confronted by racism, and saw the black American sprinter Flo Jo as an example of someone who could be accepted on the world stage for her athletic prowess.  It was this stage that Jade aspired to, and her dreams were realised when she was selected for the British team for the 2004 Olympics, and made the Olympic final.

This achievement was followed by another Olympic final in 2008.   When asked who her heroes were, Jade cited Ivor Northey who had introduced her to long jumping (not bad for a girl who was allergic to sand) and coached her through her teens, and her subsequent coach John Herbert, himself an Olympian.  In response to the question ‘what sort of teenager were you’, Jade was typically honest, using terms such as ‘feisty’.  But it was her determination and never say die attitude which ensured, often on her last qualifying jump, that Jade pulled the big one out of the bag in the major competitions. 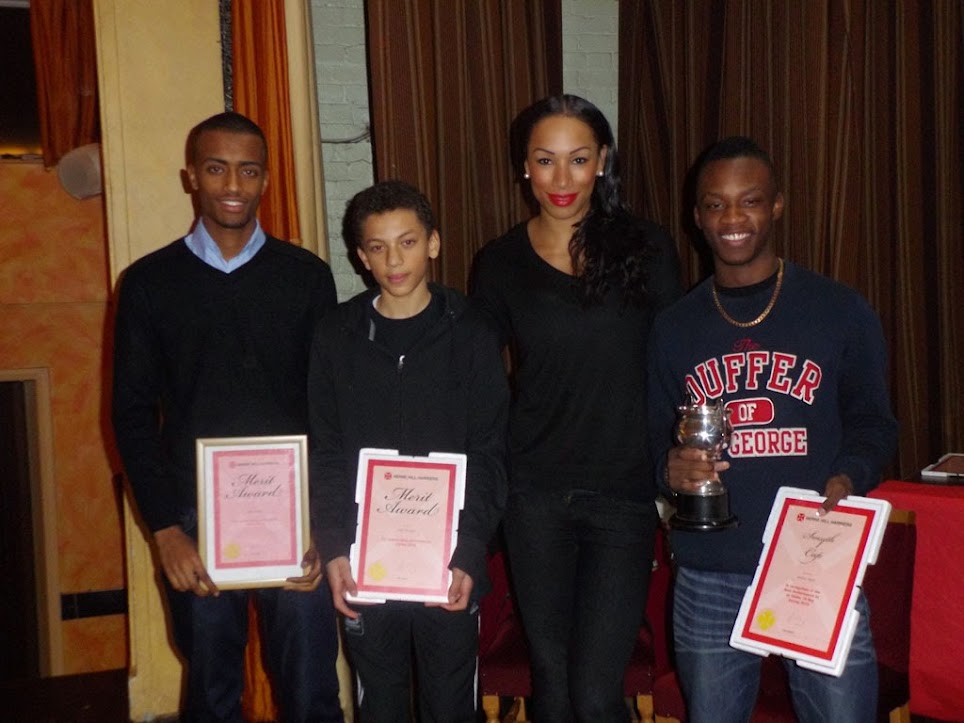 Proceedings then moved onto the actual award winners. Such was the standard for some of the awards, that athletes who themselves were ranked top 6 in the UK were shortlisted, but were not the final award winners.  As if to underline the all conquering success of our U13 Girls, they had earlier in the day won the team prize at the Southern Cross Country Championships, to add to the Southern and National Road Relay plus Southern and National Cross Country Relay titles, during 2013/14.  All shortlisted athletes were presented with plaques, and were photographed with Jade.  One of the happiest winners, albeit of the final raffle prize, was club stalwart, former President and track and field captain, Gary Power.  Having bounded onto the stage, he embraced Jade, and his subsequent movement must have reminded Jade of her Strictly Come Dancing appearance.

Overall, a fantastic evening that was graced by our most inspiring, successful and articulate athlete, Jade Johnson, and many who aim to follow in her Olympic footsteps.

See more photos in the Gallery